You are here: Home / The Bandura: A Brief History 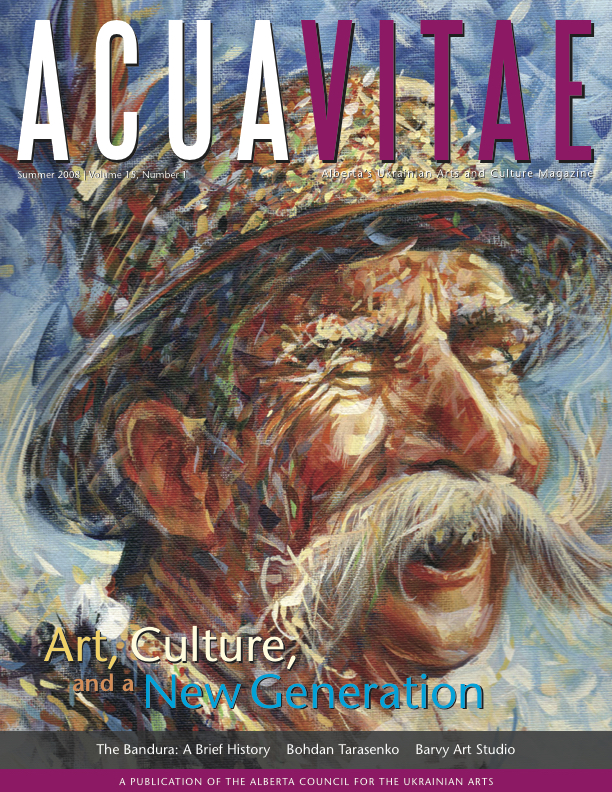 The following is a summary of The Bandura: A Brief History, an article published by the Alberta Council for the Ukrainian Arts and based on a presentation given by Dr. Andrij Hornjatkevyc:

Both in Ukraine and beyond, the bandura has become “a veritable emblem of a nation and its culture.” Despite its remarkable cultural significance, few people are familiar with its darker history: censorship, political oppression, and imprisonment are just a few of the obstacles that bandurists have had to overcome in order to pursue their craft.

Today’s precise, concert-style bandura performances have evolved from humbler beginnings – those of lone wandering minstrels, often blind, who would play and sing as they strolled from village to village in nineteenth-century Eastern Ukraine. It wasn’t until the start of the twentieth century that collaborative concert-style bandura performance began to emerge: in 1902, a young Hnat Khotkevych organized a large-scale folk music performance (which included many bandurists) at the Twelfth Archaeological Conference in Kharkiv, and in 1918, Vasyl Yemetz formed “the first bandurist chorus, or Cappella,” called the Kobzar Choir.

The bandura’s popularity continued to grow into the 1920s and 1930s, a fact that did not escape the notice of the ruling Soviet powers: “the old-style wandering bandurists were seen as a threat to the regime because of their unruly repertoire; for example, Yehor Movchan’s song about forced collectivism and the associated famine spread among the minstrels.” In 1935, the minstrel-bandurists were summoned for a conference at which they were unceremoniously executed en masse. Matters did not improve after the German invasion of Ukraine in 1941, as “the Nazis quickly recognized bandura music as a threat and imprisoned the musicians in the Neuengamme concentration camp.”

The bandura tradition resurfaced after the Second World War, albeit with a few significant changes. The bandura, which had hitherto been “a man’s instrument,” began to be played by female musicians, and with this metamorphosis came a dramatic shift in repertoire. Traditionally, bandurists “had played the music of rebellion; they had roused the people to rise up for their rights and fight their oppressors.” By contrast, the newer female collectives mostly “played innocuous lyrical and humorous songs.” The state strictly censored performance repertoire and banned “the old songs and dumy (epics)” that were integral to the bandurists’ repertoire. The Soviet era also saw a shift in the use of the bandura from a folk to a “chromatic, concert instrument,” both through physical adjustments to the instrument itself and through repertory changes.

After 1945, the bandura tradition also began to extend its reach beyond Europe and into the Ukrainian diasporas of the United States, Canada, Central Europe, and even Australia, with particularly active bandura communities settling in the greater New York and Detroit areas. The diasporic bandura tradition, from which Julian Kytasty’s performance stems, has continued to grow and flourish in the twenty-first century.

To access the full article, please click the cover image above, or visit the ACUA Vitae Magazine archives.