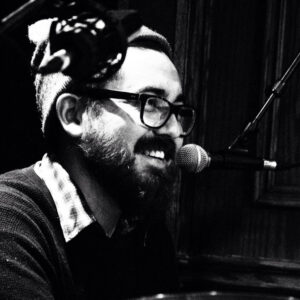 Dr. Daniel Akira Stadnicki is an award-winning, mixed Asian-Canadian scholar, educator, and performer based in amiskwaciy-wâskahikan (Edmonton), currently serving as both a SSHRC Postdoctoral Fellow at McGill University and Project Manager for DIALOGUES at The Centre for Sound Communities. A former Vanier Canada Graduate Scholar at the University of Alberta, Daniel Akira is currently co-editing both The Cambridge Companion to the Drum Kit and a special issue for the Journal of Popular Music Education. To learn more, please visit www.DanielStadnicki.com. 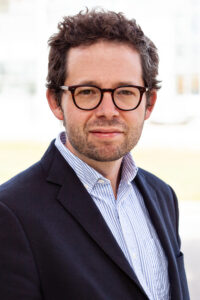 I am currently a Banting Postdoctoral Fellow at Queen’s University. As a researcher, I’m interested in music’s capacity to make our connections to places and spaces that much more vivid. Currently, my work explores two separate (but not entirely distinct) fields of inquiry:  the cultures and histories of experimentalism in Canadian music since the 1960s; and the relationship between settler colonial studies and musicology. In the case of the former, I’ve published work on experimentalism’s unique efficacy in highlighting locality, and the ways in which listening to experimental music in Canada might give us new insights into the ways that we define ourselves within civic and national lenses. In the latter, I’m working on a number of projects with colleagues dealing with institutional accountability, repatriation of musical recordings, and rethinking Canadian music history as a colonial project — one that requires us, as scholars, performers, and composers, to reconsider our own roles and responsibilities in the 21st century. 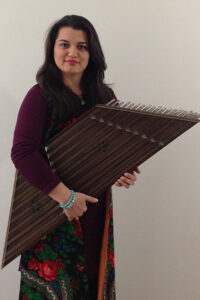 Nasim Ahmadian is a Ph.D. candidate of ethnomusicology at the University of Alberta. She received her M.A. in Ethnomusicology and B.A. in Iranian Music Performance from the University of Arts, Tehran, Iran. Her thesis focuses on the aesthetic education of sorrow in Iranian classical music. Her research interests also include identity, academic decolonization, aesthetics of affect, music education, and performing practise in Persian/Iranian classical music. She has presented academic papers in international conferences such as SEM, ICTM, AAWM, CSTM and MUSICULT. Her publications include articles in English and Persian and research assistance for the book, The Music Economy (2011) by Dr. Mohammad Reza Azadehfar. Among her academic honours are the Jean Isabel Soper Memorial Graduate Scholarship in Music, The State of Kuwait Graduate Award in Islamic Studies, William Rea Scholarship in Music/Drama, Alwaez Hasan and Rashida Nazarali Scholarship in Ethnomusicology, and The Alberta Graduate Excellence Scholarship. Nasim is a professional santūr player and the founder of the internationally awarded Nasim Women’s Ensemble based in Iran. She is currently the Chief Editor of Music for Intonations journal at the University of Alberta. 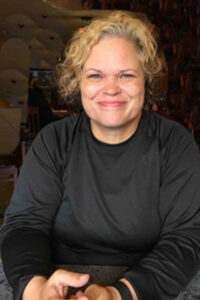 Dr. Danser has been recognized nationally for her scholarly, performance, and teaching excellence. 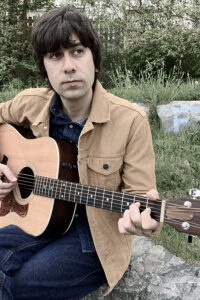 Eric Escudero has collaborated with Dr. Marcia Ostashewski on various projects and is currently project manager in the release and promotion of Bala, Lassana Diabaté’s CD of balafón music recorded and produced at The Centre for Sound Communities. Originally from São Paulo, Brazil, Eric holds a B.A. in Communication and Multimedia from the Pontifical Catholic University of São Paulo and an M.A. in Music and the Environment from the University of the Highlands and Islands, Scotland. In 2020, Eric collaborated as a research assistant with Memorial University’s Research Centre for the Study of Music, Media and Place (MMaP) in the Back on Track Series, in which he worked on the production and promotion of the album Doughboys and Molasses, among other releases. Eric has just completed his M.A. in Ethnomusicology at Memorial University of Newfoundland where he is currently a Ph.D. student. His research interests include the music and traditions of southeastern coastal communities in Brazil, Fandango Caiçara, and issues of identity, resistance, sustainability and belief in folk music. As a musician, Eric has released two solo albums, We Were Young and It Was Morning (2016) and Mirrors (2020), as well as three EPs. In November 2020, he released a self-titled EP with his Folk/Bossa Nova duo Ana & Eric, through The Citadel House. 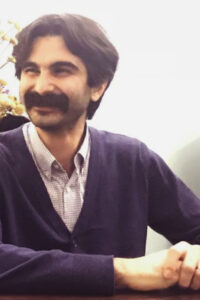 Hadi Milanloo is an ethnomusicology Ph.D. candidate at the University of Toronto. Focusing on the music and lives of female instrumentalists who perform Iranian classical music in Tehran, Hadi’s doctoral project explores the intersections of music, gender, and resistance/resilience in Iran. He works towards an ethnomusicological approach that accounts for both aesthetic contributions and social activism of Iranian female musicians. Before joining the University of Toronto, Hadi completed his M.A. studies at Memorial University, where his Major Research Project examined the musical life stories of eight Iranian émigré women in St. John’s, Canada. Additionally, he has earned his first M.A. in Art Studies at the University of Tehran. Hadi is also a musician (Bachelor of Music, University of Tehran) and has studied setar and the radif of Iranian Classical Music with Dariush Talai and Hamid Sokuti, among others. 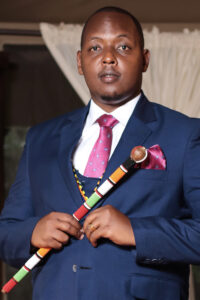 Mark Lenini Parselelo is from Narok County in Kenya. He began his music studies at the age of fifteen, studying music theory and performing traditional Kenyan music and dances at the Kenyan Music Festivals. In 2010, Mark attended Kenyatta University, where he was introduced to Ethnomusicology and Musicology, graduating in 2014 with a Bachelor of Music. In 2017, he joined Kenyatta University’s Department of Music & Dance faculty to teach Music Technology and Performance courses. Mark was awarded the Erasmus Plus scholarship to study in the Choreomundus program from 2018-2020, expanding his studies at the Norwegian University of Science and Technology; University of Szeged, Hungary; University of Clermont Auvergne, France, and the University of Roehampton in the U.K. In July 2020, he graduated with a Masters in Dance Knowledge, Practice and Heritage. His current research interests are Maasai music, Dinka people, Kenyan contemporary music, and music education, focusing on the refugees and immigrant musicians working in the Nairobi popular music scenes. Mark plays electric bass and keyboards in zouk, rhumba, jazz and Afropop genres. 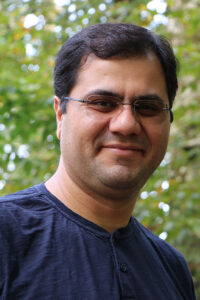 Hamidreza Salehyar is a doctoral candidate in ethnomusicology at the University of Toronto. His SSHRC-funded doctoral research focuses on mourning rituals in Tehran, Iran, investigating the ways multiple definitions of agency are negotiated and performed in these sonic practices. Hamidreza has presented his research at major ethnomusicology conferences and has received several prizes. He is a recipient of the Canadian Society for Traditional Music Student Paper Prize (2019), the SEM’s Religion, Music, and Sound Section Student Paper Prize (2018), and the British Forum for Ethnomusicology Student Prize (2017). Hamidreza currently serves as the Co-Chair Elect of the SEM SIG for the Music of Iran and Central Asia (2020–2021) and the Student Representative for both the SEM’s Religion, Music, and Sound Section (2020–2021) and the Canadian Society for Traditional Music Executive Committee (2019–2021). As a member of the CSTM Executive Committee, Hamidreza helped prepare the Society’s Call to Action which aims to address systemic racism and colonialism in ethnomusicology in Canada. In addition to his Ethnomusicology M.A. from the University of Alberta (2015), Hamidreza’s academic research also benefits from his expertise in Iranian classical music as a tar player; he holds a B.Mus. in Iranian Instrument Performance from the University of Art in Tehran.