The Griot tradition of oral transmission and storytelling through song is considered to be Africa’s greatest epic art. The story of Sunjata Keita, the great king who liberated the Mande people from oppression over 800 years ago, is told through song and traditional West-African instruments. The story is told in Bamana, also known as Bambara, and is never told in one sitting. The story is only heard in it’s entirety throughout a persons life. 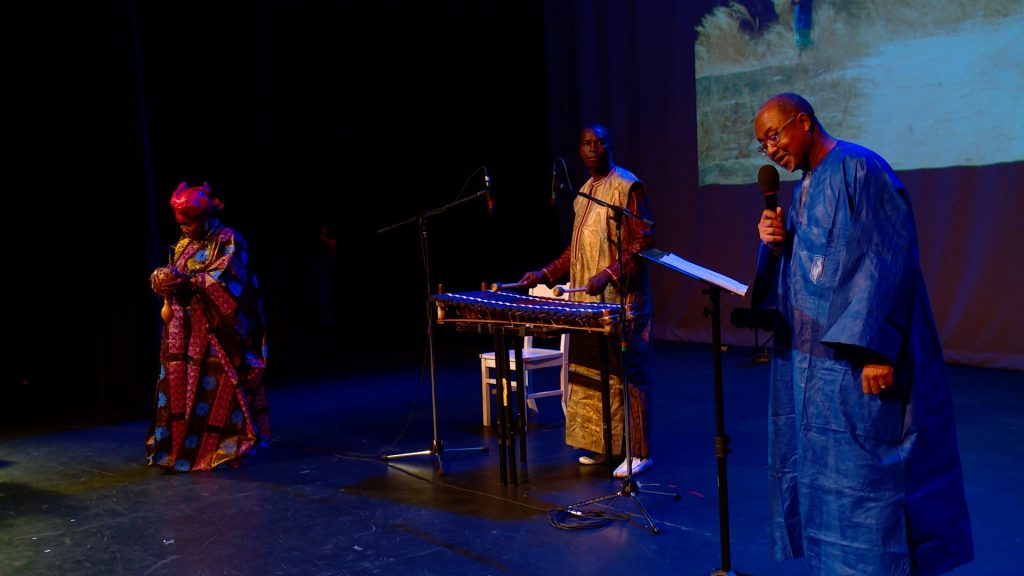 Never before performed with any translation, master musicians Hawa Kasse Made Diabate (voice) and Fode Lassana Diabate (balafon) collaborated with Professor Cherif Keita (Carleton College) to create a performance that provides a poetic translation of the story along with the traditional performance. A descendant of Sunjata himself, Keita worked with the musicians and ethnomusicologist Lucy Duran (SOAS, BBC) to create this unique performance and cultural exchange for Singing Storytellers.

While in Cape Breton, Hawa, Lassana and Lucy also travelled to schools to perform these ancient songs for children ages 4 to 12. These children received the unique experience of learning from the masters: singing choruses and playing small parts on the Balafon. The group also joined Glace Bay’s United Negro Improvement Association (UNIA) for an evening of song, storytelling and food.

Films and other digital resources are being produced by Singing Storytellers Project Lead Marcia Ostashewski (Cape Breton University), and Artistic Producer Lucy Duran (SOAS, University of London). Ely Rosenblum, a Ph.D. student in visual anthropology (U Cambridge), hired through Singing Storytellers with funding from the Social Sciences and Humanities Research Council of Canada, is creating a series of short educational documentaries and film.