Lassana Diabate – The Sunjata Story: Glimpse of a Mande Epic

Producer – Dr. Marcia Ostashewski, Canada Research Chair in Communities and Cultures (Cape Breton University)
Artistic Director – Dr. Lucy Duran (School of Oriental and African Studies)
Director of Photography and Editor – Ely Rosenblum (University of Cambridge)
Courtesy Singing Storytellers Public Outreach Project
The Office of Dr. Marcia Ostashewski, Canada Research Chair in Communities and Cultures, http://www.cbu.ca/
Funded by the Social Sciences and Humanities Research Council of Canada
The epic genre (fasa) of the Mande griots (jeliw) is probably the most vibrant and celebrated example of a living oral epic tradition on the African continent. The life story of Sunjata Keita, the prince who founded West Africa’s greatest empire almost 800 years ago, has been passed down for generations through song, spoken recitation, and musical accompaniment on traditional Mande griot instruments such as the 22-key balafon. Most performances focus on only one or two episodes of Sunjata’s life; it is rare for the whole story to be performed on one occasion.
This special performance features two master musicians from Mali: singer Hawa Kassé Mady Diabaté accompanied on the balafon by Fodé Lassana Diabaté. Professor Chérif Keita (Carleton College) provides a poetic translation of the story along with the traditional performance. It was commissioned by the Singing Storytellers Symposium and performed in October 2014 at the Boardmore Playhouse, Cape Breton University in Sydney, Nova Scotia, Canada. Professor Keita, himself a descendant of Sunjata, collaborated with the two hereditary musicians and also with ethnomusicologist Dr Lucy Duran (SOAS, University of London) for this unique cultural exchange. 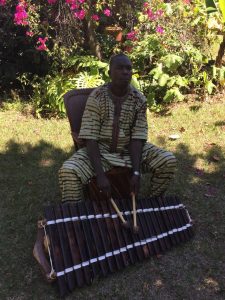 ATTENTION - the exhibit opening and film screening have been … END_OF_DOCUMENT_TOKEN_TO_BE_REPLACED

Here is a message from one of our friends at the University of Alberta, Dr. … END_OF_DOCUMENT_TOKEN_TO_BE_REPLACED

With Support from our Partners: