You are here: Home / Contributors 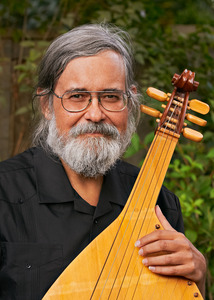 Julian Kytasty is one of the world’s premier players of the bandura (Ukrainian lute-harp), and the instrument’s leading North American exponent. A singer, multi-instrumentalist and third-generation bandurist, he has concertized and taught instrumental and choral music throughout the Americas and Europe. Born in Detroit, he has a BFA in Theory and Composition from Concordia University in Montreal. To see his full bio, please visit our ‘About Julian‘ page. 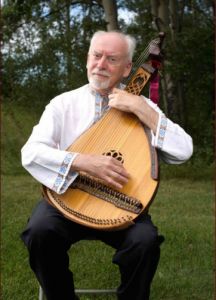 A native of Ukraine, Andrij Hornjatkevyč studied the bandura with Volodymyr Yurkevych and Zinoviy Shtokalko in the USA. Later, while living in Canada, Hornjatkevyč edited and published the latter’s A Kobzar Handbook (in both English and Ukrainian), and Kobza, a collection of his musical scores. Hornjatkevyč has taught and performed as a bandurist in Canada, the USA, Ukraine and Germany. In 1972, Hornjatkevyč obtained a doctorate in Slavic languages and literatures from the University of California in Berkeley. He worked in those fields at the University of Alberta until his retirement in 2003. 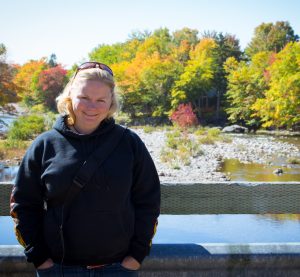 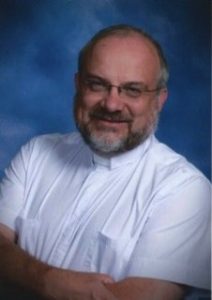 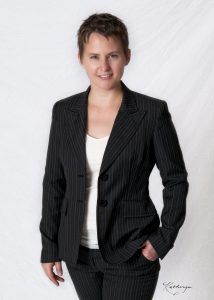 Dr. Marcia Ostashewski holds a Canada Research Chair in Communities and Cultures at Cape Breton University. Her research investigates the cultural expressions of a diversity of communities, including Eastern and Central Europeans, Indigenous groups, at-risk youth, newcomers to Canada, and other groups. She collaborates with a wide range of communities to conduct critical scholarly inquiry into innovative and creative music, dance, and digital media projects that address community issues and social problems. Ostashewski serves as the Principal Investigator for the diversitycapebreton web portal, generously funded by a Social Sciences and Humanities Research Council of Canada Public Outreach Dissemination Grant, and is the director of the CoMM Lab at Cape Breton University. 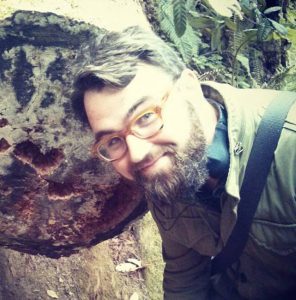 Active in sound studies, music research and anthropology, Ely Rosenblum is a PhD candidate in Cultural Musicology at the University of Cambridge. Previous projects of his include the study of spoken word poetry in Nova Scotia and contemporary folk song in Britain, resulting in collaborative media projects with musicians, filmmakers and artists. He has directed documentary films and produced recordings for the Smithsonian Institution, the MIT Media Lab, and CBC Radio 1. Ely is producing audiovisual resources for Singing Storytellers and Songs of Truth. 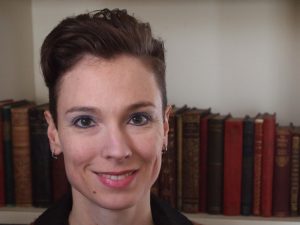 Dr. Julie Sutherland has 14 years’ experience as a professional editor and writer. Her academic area of specialization is Non-Shakespearean Renaissance Drama, and the majority of her own publications focus on this subject. However, her editorial projects range from Swiss immigration to Canada to justice reform in the Baltics, from illustrated novels to policy documents. Her clients live all over the world and include lawyers, academics, students, small- and large-business owners, and government agencies. Julie Sutherland is Academic Coordinator (Shakespeare) at Athabaska Univeristy and Adjunct Professor at Cape Breton University. 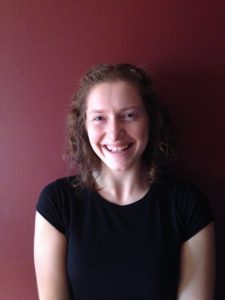 Daria Storoshchuk is a graduate of the University of Alberta’s Ukrainian Folklore program, and will be starting a Masters degree in ethnomusicology in the fall of 2015. Her interests within music are far reaching: Ukrainian bilyi holos’, celtic fiddle music, music as propaganda, musical theatre, and jazz manouche are just a few of the musical avenues she would like to pursue. Daria is also trained as a classical vocalist, and has performed with jazz, folk, and classical groups. She is acting as the content coordinator for the Songs of Truth project. 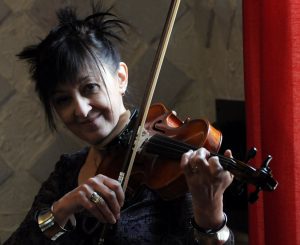 Creative Director and proprietor of The Word & Image Studio, Darene Roma Yavorsky has provided writing and design services to a wide-ranging clientele, from government and industry to universities and non-profit groups. In 2007, a personal interest in Ukrainian culture and heritage led to the research, writing, illustration and book design of ‘Show Them What You Can Do’ (an illustrated biography of Pavlo Romanovich Yavorsky, Darene’s father). This accomplishment led to an invitation by Dr. Marcia Ostashewski to be involved in the exhibition, A Cape Breton Story of Ukrainian Dance: From Village to Stage, which served as a gateway to other collaborations such as the 25th anniversary republication of Strangers in the Land: The Ukrainian Presence in Cape Breton and the exhibit ‘Mnohaya lita!’ Celebrating 100 Years of Ukrainian Faith in Cape Breton, Nova Scotia, among others. A dedicated student of the violin, Darene was very pleased to be offered the opportunity to design the CD cover for Julian Kytasty’s Songs of Truth. Now, 2015 marks a new endeavour: furthering her father’s legacy through the launch of a memorial foundation and The Pavlo Romanovich Yavorsky Youth Award in Ukrainian Dance, presented at the Tavria Ukrainian Dance Festival in his home province of Saskatchewan.